The Estate Team travelled down from our normal work area of the mountainous Dark Peak, to the more gentle rolling countryside of our White Peak friends; driving through picturesque rolling limestone grasslands and scenic wooded valleys.

Our task was to take down a parkland metal fence situated in and move it to a new location alongside the river Manifold, the fence was situated along the footpath called paradise walk, aptly named as it takes you through the bottom end of the beautiful .

About 20 metres upstream from the boil holes which cause a constant relaxing gurgling and slurping as the water bubbles up from its underground lair. The sound of water moving is so therapeutic and calming, added to by the gentle fall of summer raindrops onto the surface of the river adding a another musical accompaniment to an already idyllic place.

The triangular area of grass enclosed within the fence was adjacent to the ha ha wall, situated at the end of target meadow; so named because it was the site of a shooting range and also used for archery which is now gently grazed by contented sheep.

The reason the National Trust wanted to change the fence line was to open up the vista as people walked along the path and to restore the 19th century scene. This was also the reason the ha ha wall was built, so only nature’s artistry is visible.

The team first had the difficult task of taking out the cemented posts from the original site.
The 6 metre rods were held in place by allen key grub screws which were removed and then the rods slid out and were placed carefully on the ground to be re-used later on. The posts were removed using 6 foot bars which are used to break up the concrete, before pulling them out. When the full length of fencing had been taken down the pieces were carried across to the bank of the river.

The team then had to dig new holes every metre along the fence line. The supporting posts through which the 6 metre rods were secured then had to be set in concrete. Concrete was used so that the posts were secure and anyone leaning or climbing on the rods would otherwise end up in the river. Each post had to be set in perfect alignment and at the same height or else the rods would not slide through the holes. Getting each post level and set was very time consuming.

The rods were then slid through the holes on the posts and tightened in place. The hole around the support posts was filled in by soil and grass turfs to hide the concrete because of the new position of the fence. Extra materials were needed and the new sections we installed were galvanised but not painted so the silver rods shimmer in the sun but will be painted black in the coming weeks.

The open grass space can also now be accessed by the public and gives additional picnic space for visitors to this wonderful place.

Also, thank you to HF Holidays local committee who gave us a grant to purchase the new fencing and made it all possible.

Posted by National Trust in the Peak District at 11:18 am No comments:

Would you like to hear about the ill-fated lives of lovers Alan and Clara at Winnat's Pass in Castleton? Join us for a spooky walk and hear all about the murder on 21 August at 7pm. Call 01433 670368 for more info and to book 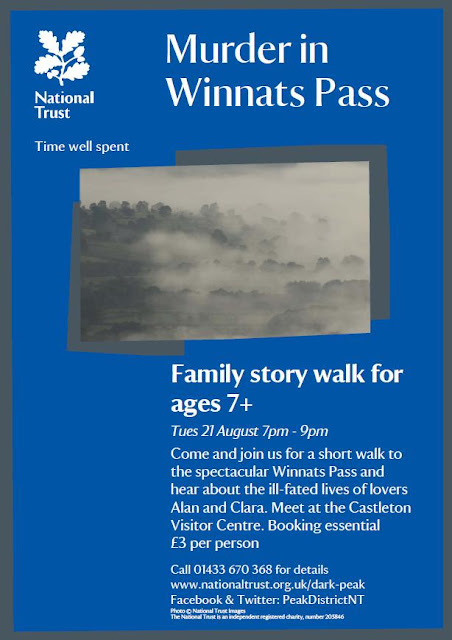 Posted by National Trust in the Peak District at 12:42 pm No comments:

The Kitchen Garden volunteers at the Longshaw Estate are opening the garden up for an afternoon of hands-on family activities, on Thursday 26th July from 12.00 to 4.00 pm. 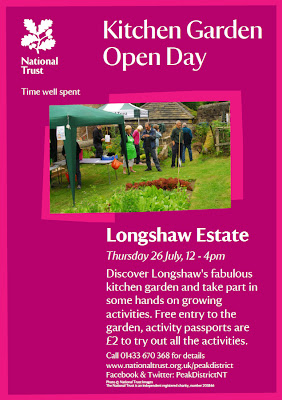 Visitors of all ages are welcome to come and explore the garden, join in some fun hands-on activities, such as making bird feeders and vegetable heads, sowing seeds or having a go at the garden quiz. There will be plenty for everyone to do, and the event is a drop-in event with activities costing just £2.

Longshaw’s Kitchen Garden was set up as a project run by a team of volunteers, and has grown in abundance, producing fantastic crops of healthy and tasty fruit and vegetables. Lots of the seasonal produce is served in the Longshaw Visitor Centre as a part of the daily menu, and this year visitors to the event will also be able to enjoy a special dish on the day. Plants grown at Longshaw will also be on sale.


The Kitchen Garden Open Day gives people a chance to have a look at how fruit and vegetables grow, and may inspire people to grow their own food at home or on an allotment. The friendly team of volunteers have lined up an excellent range of activities so why not come to Longshaw and pop in to the kitchen garden to see what’s on offer?

The Kitchen Garden Open Day is on Thursday 26th July from 12.00 to 4.00pm, and is a drop-in event. The Kitchen Garden is just behind the Longshaw Visitor Centre. It costs just £2 to take part in all of the activities, and is free just to have a look around. For more information please contact the National Trust in the Peak District on peakdistrict@nationaltrust.org.uk. 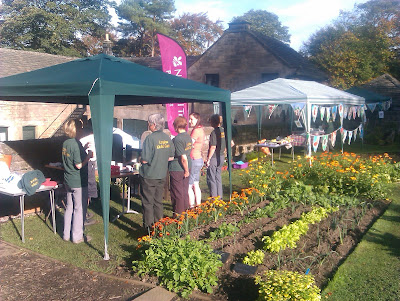 Posted by National Trust in the Peak District at 9:30 am No comments:

Your Moors Your Ideas - Workshop Update 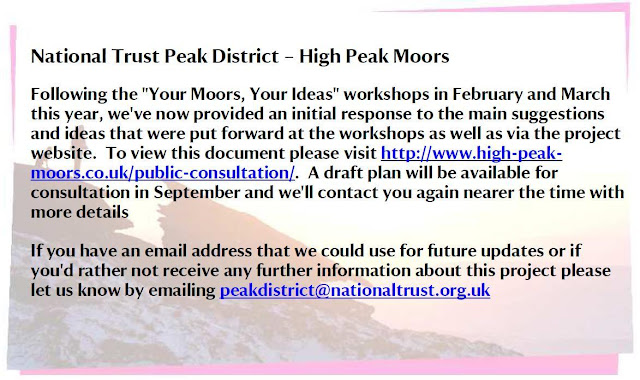 Clickable links to follow:
http://www.high-peak-moors.co.uk/public-consultation/
peakdistrict@nationaltrust.org.uk
Posted by National Trust in the Peak District at 10:30 am No comments: