Longshaw Year of Birds is taking off...

This year Longshaw celebrates the amazing lives of birds. The Peak District is home to many rare and special birds, including the Ring Ouzel and Pied Flycatcher. National Trust land is carefully managed by rangers to benefit our feathered friends, and includes many SSSIs. A flock of Longshaw events in 2015 will explore the fascinating variety and resilience of moorland and woodland birds. As a long-term visitor experience volunteer, Megan Carroll is co-ordinating the project as part of her placement at Longshaw. “I’m very excited about the year ahead” she says, “I’ve always been a bird fanatic, and I know this enthusiasm takes hold of visitors of all ages and levels of knowledge”. The Peak District is a perfect habitat for many rare birds. Dovedale and Ilam Park are home to the beautiful Kingfisher and charismatic Dipper,while Longshaw is proud of its population of the scarce Pied Flycatcher. These tiny black and white birds migrate from Africa to breed in food-rich Padley Gorge, hunting for caterpillars in the early morning. National Trust rangers have provided special nest boxes for them, and bung up the entrance holes to prevent other, less rare, species from taking over before the flycatchers have chance to arrive from Africa. When the migrants return in April, the holes are un-bunged and they can move in. Similarly, the rangers manage the moorland to be perfect for lapwings and curlews, wading birds which spend the winter at the coast and return to the moors to breed. Local climbing and running groups also play their part, by giving the secretive Ring Ouzel a respectful berth during its breeding season on Burbage and Stanage. The Year of Birds takes off with the Festival of Birds on Saturday 24th January, with a guided walk in the morning and talk by local Ring Ouzel specialist Bill Gordon and ranger John Mead in the afternoon. Other events throughout the year include ringing demonstrations, surveying walks, and bird box building, plus spotter sheets available from the Visitor Centre. Ilam Park also has plenty of feathery fun in store for February half term, with "Brilliant Birds at Ilam Park" activities Tuesday- Thursday. It’s an exciting year to be winging it. 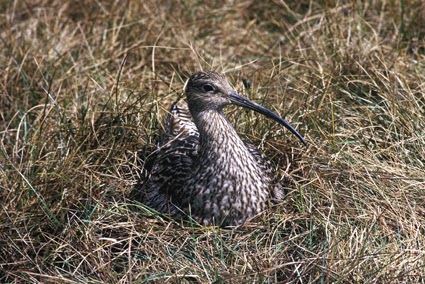 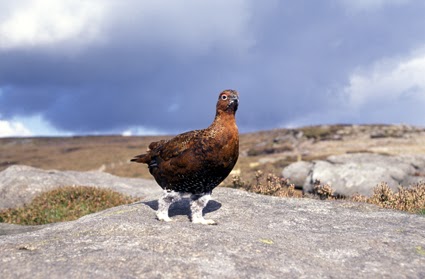 Posted by National Trust in the Peak District at 2:50 pm 1 comment:


There is a touching story behind the new addition to the stableyard in Ilam Park, a locally made wooden table and benches, so we thought we would share it with you. Our thanks go to Simon Boughey and his family, who chose to remember his late mother at Ilam Park.

Simon Boughey writes:
Ilam Hall, set in the sublime beauty of the Dove and Manifold valleys, has been a recurring leitmotif throughout my life. As a boy I ran up and down the stone towers with a plastic sword and shield, and played football and cricket in the grass below what was then the car park with my grandfather. I stayed at the youth hostel as a teenager. Before I left to live in the USA in my 20s, I hiked to Ilam Hall with my dearest friend, kissing a tearful farewell to the part of England I will forever regard as mine. After I had lived in the USA for several years and had not been back to England, Ilam Hall was the place, on a cloudless June day, I chose to meet my parents. I see them now, smiling, by the river, as I came along the drive. I proposed to my wife on the top of nearby Bunster Hill on cold April day alongside patches of un-melted snow and thereafter we repaired to Ilam Hall tea rooms for what remains the best cup of tea for miles around. They tell me it’s the water.
For most of my life, Ilam Hall and its surrounding pastures was inextricably associated with my mother. She loved it all, her face creasing into undisguised and irrepressible joy at the sight of the first lambs of the spring on the hillside or in simple wordless rapture gazing at length upon the vistas across to Thorpe Cloud. Of all the many gifts that she left me, an abiding love for this part of England and the peace to be found in it is one of the most precious. It will be with me forever.

In the summer of 2011, a couple of months after she had been diagnosed with the motor neurone disease that would take her life less than a year later, we went to Ilam Hall to contemplate what the immediate future might hold. Now unable to walk far, she was pushed in her wheelchair to the Manifold tea-room garden, and there she sat, for a last time, looking over to Thorpe Cloud. Who knows of what she thought?  Until the last, her stoicism kept those contemplations from her dearest.

By July 2014, two years after her death, I started to investigate ways in which my mother might be commemorated. I wanted a tribute of some kind and there seemed no better place for it, no place more intimately associated with her and my family, than Ilam Park. At first I thought I would like to have a bench inscribed with her name, perhaps in the Italian garden. After contacting the National Trust, I was put in touch with the team at Ilam Park, and, in my biggest slice of good fortune in the entire process, I met the incomparable Pat Bate, then business support co-ordinator. My debt to Pat for guiding me through the next few months, and for her unfailing sensitivity and wisdom, is a large one.
Pat told me that it wouldn’t be possible to have a bench inscribed, but suggested, as an alternative, that I might want to think about donating a table and chairs for the stableyard block, below the tea rooms, for the use of the physically less able. Instantly, this suggested itself as a marvellous and apposite solution, and much better than my original idea. My mother had spent the last nine months of her life in a wheelchair, and, moreover, my sister, to whom mum was devoted, has lived her entire life in a wheelchair. The bench and tables were also to be made from local wood by a local craftsman. The views afforded from the stableyard are magnificent. There was to be no inscription on the bench, but that too was more fitting; mum never sought any recognition for herself.

Four months later, the bench and tables had been made and, on the last day of November 2014, a day of bright sun and scudding clouds, the bench and tables were unpacked and put in place. It was father’s 88th birthday, and he, as a retired clergyman, said a prayer of dedication before my wife, Pat, Anna and Stuart had the inaugural tea, brought to us by the unfailingly solicitous tea room staff.

There it stands now, and will do I hope for many years to come. I know I shall visit Ilam Park for as long as I am able, and it pleases me to think that other people, complete strangers with their own lives and own associations with Ilam Hall, to whom I will never speak, will take their ease at a table provided in the memory of the dearest of ladies.

My thanks to the National Trust staff at Ilam Park, and my admiration of them and the work they do to protect and preserve the matchless beauty of their surroundings, is beyond words. I know that my mother felt the same way.
I did not think mum would have minded me adding a text about her and the bench in the book of commemoration held at Ilam Park. So I asked to be written, forever to her glory and to the majesty of Ilam Hall:
“This bench was donated by Simon Boughey, in memory of his dearly loved mother Marlene Boughey, 1937-2012, for whom Ilam Hall and the fields around were a special place wherein her spirit soared.”

Posted by National Trust in the Peak District at 4:13 pm No comments: